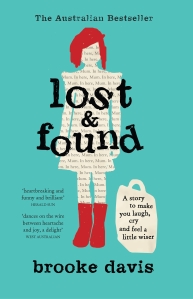 I recently had to tell my toddler that our beloved family pet had died. I was dreading the conversation, knew it would be coming soon. Our gentle beagle boy was very old, lived a rich and utterly spoiled life, but was riddled with tumours, and we expected it to be any day.

How do you explain death to a child without frightening them? Without confusing them, or, if I’m honest, inviting questions that I had no idea how to answer.

When I told her, I said ‘I have some sad news.’ Told her that he had died last night and that it was ok for us to feel upset because we will miss him.

“He went to the vet darlin, but he was too old to fix.”

“Will we still see him?”

And that was it. As a child, she was able to articulate in four words, the unfairness and grief of losing someone you love. As adults, we wrap grief in complexities, in conditioning and expectations of how we should feel. We then add remorse… or worse; guilt, and then try to follow a process that allows us to cope. But ultimately, aren’t we thinking the same thing as my little girl? But I love them. It’s not fair. I want to see them again.

That childish insight is exactly what makes the book Lost and Found so breathtaking and so engrossing. Death through the eyes of pragmatic seven year old Millie Bird. Millie examines death with curiosity and naivety, and when her own father dies, and her mother abandons her in a shopping centre you will want to bundle her into your arms and take care of her.

Soon Millie crosses paths with two older characters who are struggling to make sense of loss and love, just as much as their little counterpart.

Karl the Touch Typist is eighty seven when he farewells his beloved Evie, and his son kisses him on the cheek, leaving him in a nursing home. Seeking something else, he escapes the home to go in search of meaning and purpose.

Agatha Pantha is eighty two and has confined herself to her house since her husband died. She is eccentric and belligerent, hurling abuse at passers-by and complete strangers. Until she spies a little girl, obviously living alone in a house across the street.

The writing is perfection. You will slip comfortably into the Australian landscape, as Davis sets the scene with the nuances of our urban and rural culture. You will see Millie in your local shopping centre, see Karl clutching a coffee mug in a café you have visited, and hear Agatha screaming insults from a familiar home on a tree lined street in the ‘burbs.

Davis has created a tale that is both hilarious and healing. It makes you ask questions. It immerses you in each character, their memories and their discoveries.

Whilst the concept of loss is woven into each chapter, there is also an underlying theme of humour, self-reflection, and the intricacies of human interaction. It’s as much about living as it is about death, and at the heart of it all are three lovely characters; unlikely friends who take you on a moving journey to find Millie’s Mum… and something else.

In Short: Read with a lump in your throat and a smile on your lips.